I Thought That Love Was Everywhere

We Are The People 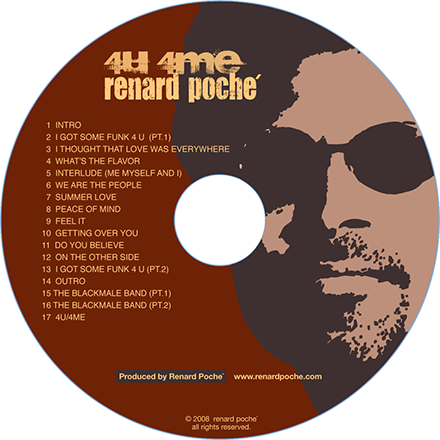 Poché grew up in New Orleans and began playing guitar, trombone, organ and drums at age 11. From his beginnings through the mid ‘70s, he formed, directed and arranged for several bands. In 1977 the last of these bands, Blackmale, took on the job of becoming the rhythm section for the newly formed Neville Brothers. This was the beginning of his association with notable New Orleans artists, including Professor Longhair, Irma Thomas, and songwriter/producer Allen Toussaint.

In the early 80s Poché started developing his skills as a songwriter and was soon hired by Toussaint to produce, co-produce and write for a few of his production company’s artists. In 1990, Poché opened his own commercial recording studio becoming a self-taught recording engineer. In his new environment he wrote and produced music tracks that found their way to places as diverse as the theme for BET’s Movie of the Week, TaeBo Workout Video, as well as various TV and video soundtracks. All along Poché continued to perform and record with his own band as well as with artists Henry Butler, N’Dea Davenport, Wardell Quezergue, Solomon Burke and others. From 1999 to 2002, Poché toured considerably with Dr. John, appearing with him on the Conan O’Brien Show and CBS Saturday Morning.

In the early 2000s, Poché was invited by composer Terence Blanchard to play guitar on the soundtracks for the films “BarberShop” and “Dark Blue”. Blanchard has also called on Poché to play trombone and guitar for his score for the Broadway play “A Streetcar Named Desire”.

Poché decided to take a hiatus from touring in 2003. He closed his studio doors to the public and focused on producing his first album. The result of his efforts was the release of his album “4u/4me”, a predominantly funk/soul record with hints of jazz, hip-hop, Latin and positive messages. Poché performs on guitar, bass, trombone, trumpet, flute, percussion, drums, keyboards, vocals and spoken word.

In 2007, Poché recorded w/ Herbie Hancock, Zigaboo Modeliste and George Porter Jr. on the Fats Domino tribute album “Going Home”. Around this same time, he started touring again regularly with Allen Toussaint. Among the shows he did with Toussaint between 2008 and 2015, were performances at Austin City Limits and on HBO’s Treme. Poché has played tribute shows in honor of Toussaint, performing alongside featured guests such as Bonnie Raitt, Elvis Costello, Jon Batiste, Trombone Shorty, Deacon John and others.

Currently Poché is devoting most of his time to completing his latest CD project, “Forward”, which is due for release sometime in 2020.